The Saigon Central Post Office is a must visit when in Saigon. It’s in downtown and hard to miss – both because of the immense amount of surrounding tourists and the unique architecture. 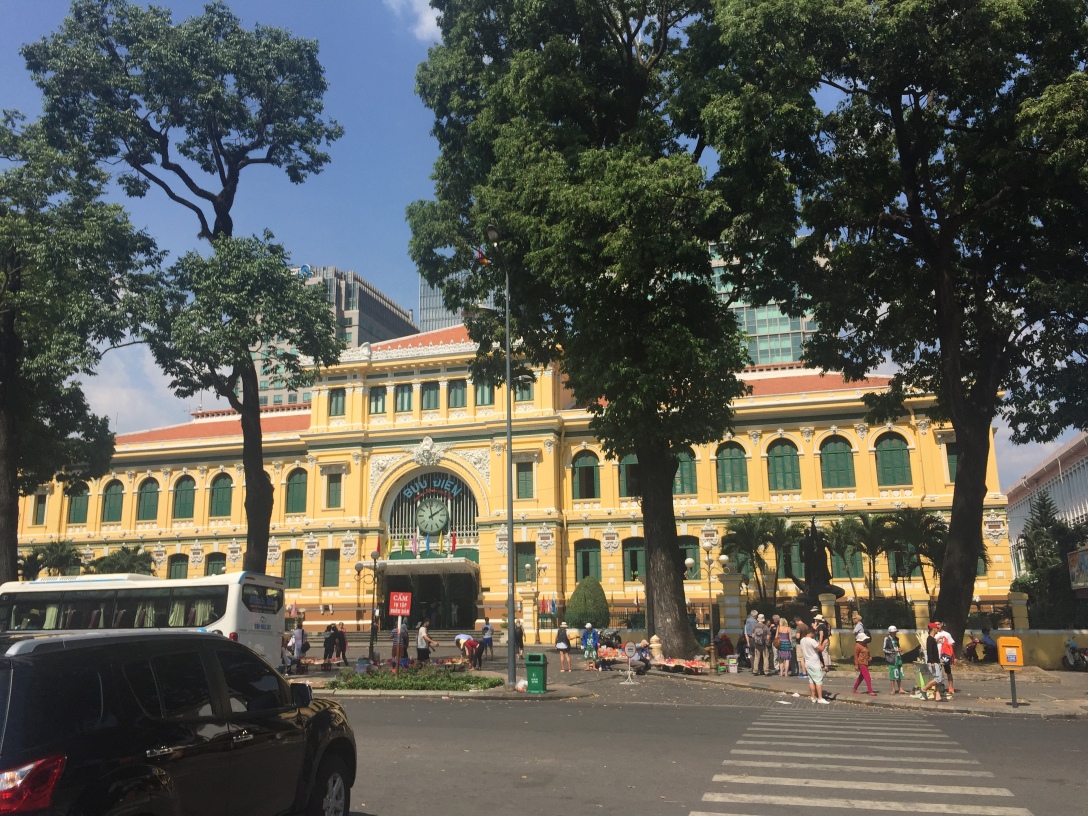 The post office was built during French occupation in the late 19th century. It sits across the street from another French remnant of the time, a cathedral, the Saigon Notre-Dame Basilica. 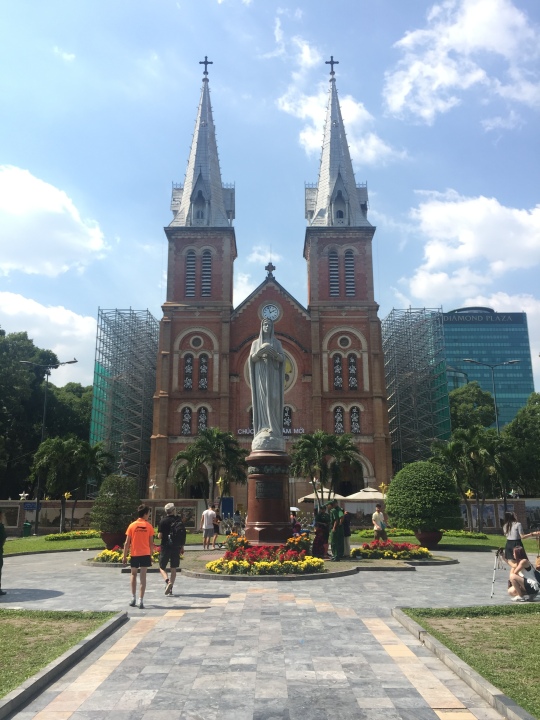 The post office architecture has Gothic, Renaissance and French influences. It was constructed between 1886-1891.

A fun, touristy thing to do is to buy postcards at the post office souvenir shop and then mail them there. I bought a few and sent them home to the States.

While we were filling out postcards, Paul lost his cell phone!!! He began freaking out and we asked the surrounding security guards if they’d seen it. We also asked the staff behind the desks at the post office. He’d been writing the address and left his phone on the desk next to him. When he looked up, it had vanished into thin air.

I assumed that it was stolen by someone. After about twenty minutes and asking every staff member and security guard again, the phone was “miraculously” pulled out of a desk of an employee. This employee was near the area Paul had lost his phone. The cover was off the phone when he handed it back to Paul. His co-workers seemed completely unsurprised when he pulled the phone out of his desk.

I can’t say if the employee at the post office stole the phone. But the whole situation seemed extremely odd. Why didn’t he respond the first time we asked if he’d seen the stolen phone? Before getting the phone back Paul also had to fill out a missing phone report??? It was all very weird, but we felt so lucky that Paul’s phone was found. It would’ve sucked if all his photos and information was gone.

As Paul filled out paperwork, I looked around the interior. There are two large painted maps displayed on the walls. One map of Southern Vietnam and Cambodia is entitled Lignes telegraphiques du Sud Vietnam et Cambodge 1892 which translates to “Telegraphic lines of Southern Vietnam and Cambodia 1892”. The second map of greater Saigon is entitled Saigon et ses environs 1892 that translates as “Saigon and its surroundings 1892”.

The office also had vintage telephone booths and “world” clocks displaying the time in cities like New York, Paris, and Shanghai.

Going to the post office was like a step back in time. It seems untouched by the surrounding world outside. 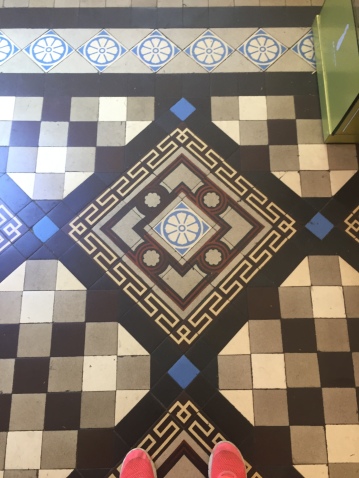 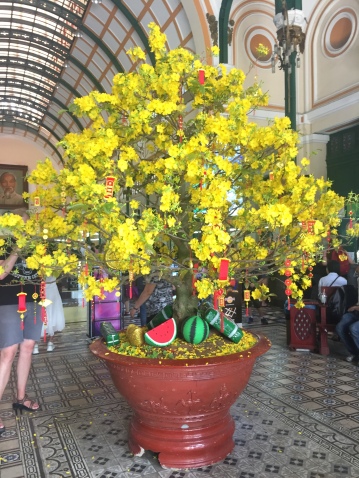