Before we landed in Saigon, I called the city, “Ho Chi Minh City.” I did this assuming since the most recent name for the city was Ho Chi Minh, I would call it that. I also wondered as an outsider, “If I call it Saigon is it offensive to a local?” I honestly had no idea.

We don’t call New York City, “New Amsterdam” – even though personally I think that could be cool. We call cities what their official name is. Most of the time …

Hồ Chí Minh led the Việt Minh independence movement from 1941 onward, established the Communist Democratic Republic of Vietnam in 1945 and defeating the French Union in 1954. He officially stepped down from power in 1965 due to health problems. After the war, Saigon, the former capital of the Republic of Vietnam, was renamed Hồ Chí Minh City.

Like many things I know nothing about, my assumptions were not true. There was more to the story.

Personally, Saigon just sounds cooler to me. “Cooler to me” is based on my experience, where I come from, when and how I learned about Saigon/HCMC, Vietnam. But for many Vietnamese it is not so simplistic as “how it sounds.” Calling it either Saigon or Ho Chi Minh City does hold meaning to each person.

One night while out we met two brothers in their mid 40s who were visiting family for Tet. Both were born in Vietnam, but raised in Canada. They identified more with Canada than Vietnam. In their thick Canadian accents they told us they call it, “Saigon.” When they lived in Vietnam and when their parents lived there they always called it Saigon. Their family never switched to calling it Ho Chi Minh City.

The bartender felt differently. He was born and raised in Ho Chi Minh City, probably in his early 20s. After the Canadians left I asked him, “So what do you call it?”

“I really don’t care what people call it. Personally I call it both. It doesn’t matter to me. I find it annoying when people only choose one name.”

Obviously, these three stories from one on one conversations do not represent everyone. I hope sharing what I learned represents the range of feelings on it.

During Tet, we went to an annual flower show. It was downtown. At the north end of the long corridor sat a famous statue of Ho Chi Minh. Behind the statue sits a colonial style People’s Committee Building. 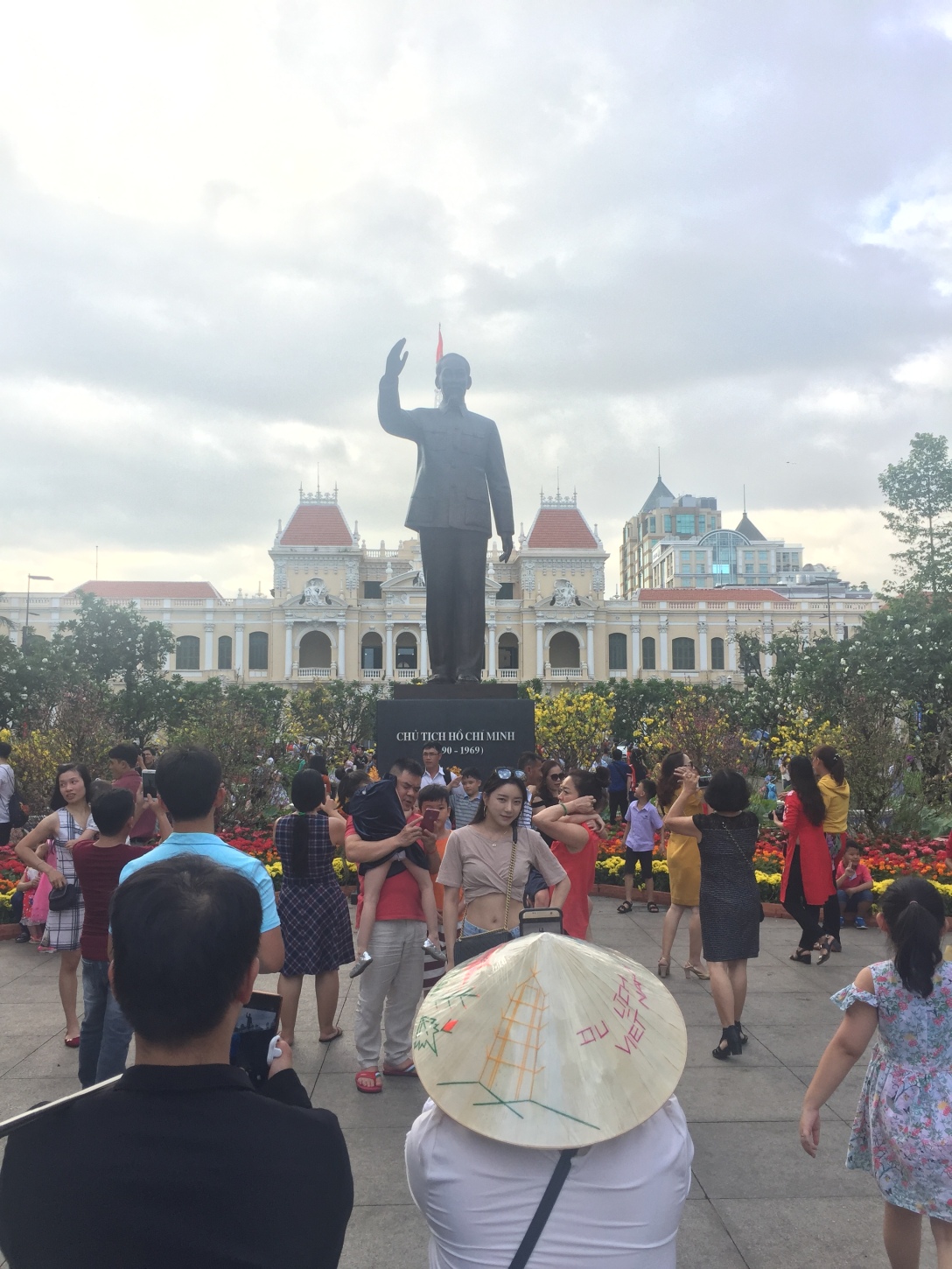 What you call it really depends on how you were raised and if you hold political beliefs one way or the other.

From my experience, most of the ex-pat community and locals called it Saigon. It seemed the more popular reference.

But whatever you call it, it’s a city you must see for yourself.