Have you ever lived somewhere and not taken advantaged of the world-famous sights that surround you? I have New York friends that have never gone to see the Statue of Liberty. Similar to our last week in Washington DC, we had to hit some MAJOR sights in Florence we’d let wait till the last minute. 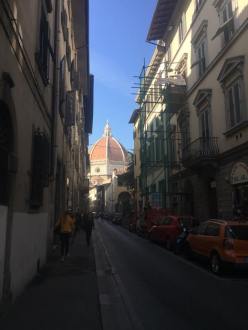 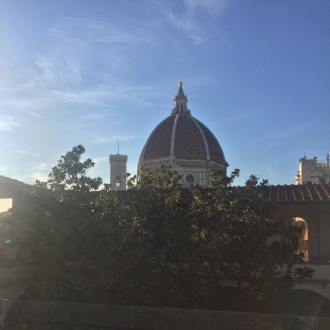 This church is “the church” of Florence. It’s in the center of Florence, you can’t miss it. Just say, “Duomo” and everyone will point you to it. The Dome of the cathedral is Renaissance architect, Filippo Brunelleschi’s most famous work. The first stone on the church was laid in 1296. By 1418 the dome had yet to be finished.

When the building was designed in the 1300s, no one knew how to construct a dome for the church. The dome was larger than the Pantheon‘s dome in Rome. No dome of that size had been built since ancient times. Buttresses were forbidden by the city of Florence, and  it was impossible to obtain rafters for scaffolding long and strong enough for the dome’s size. The stresses of compression were not clearly understood, and the mortars used would set only after many days, keeping the strain on the scaffolding for a very long time.

So basically it’s an architectural miracle this dome was constructed and is still standing today.

It’s exterior is extravagant; cream, pink sandstone, ivory, dark and light green marble wrap this church in their colors. Every window and facade is covered in delicately carved flowers, or intricate braided marble. 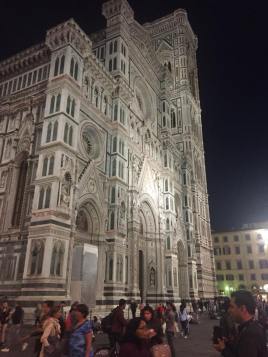 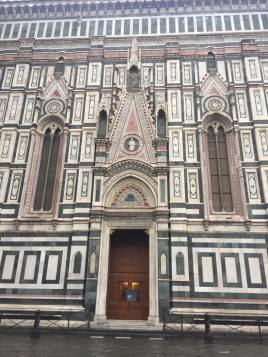 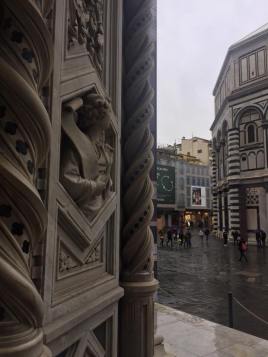 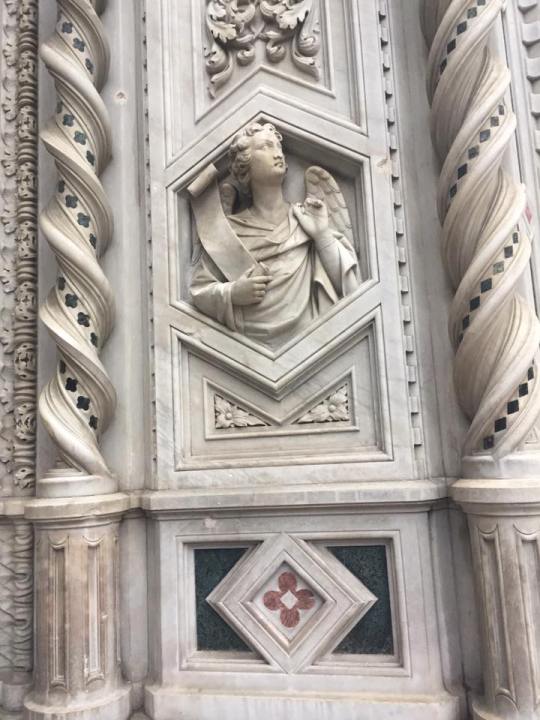 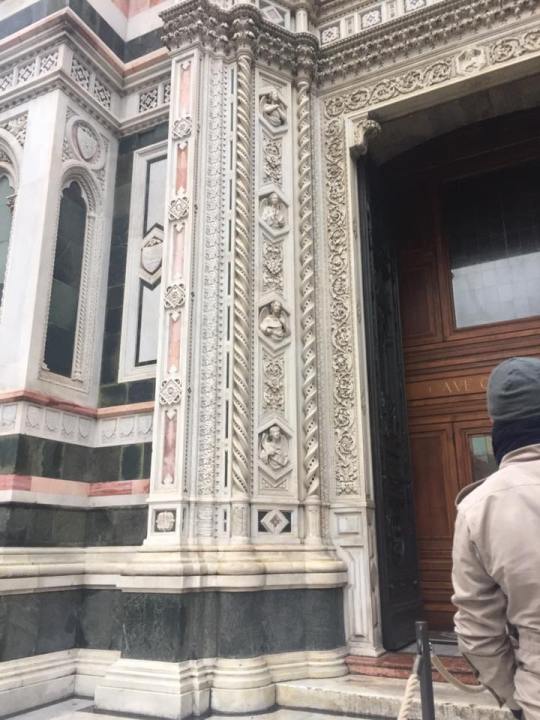 Once inside, you’ll see the interior of the dome is covered in a fresco. You can take the stairs to the Dome, go outside and see the city from a pigeon’s eye view.  I was partial to the church’s beautiful marble flooring. 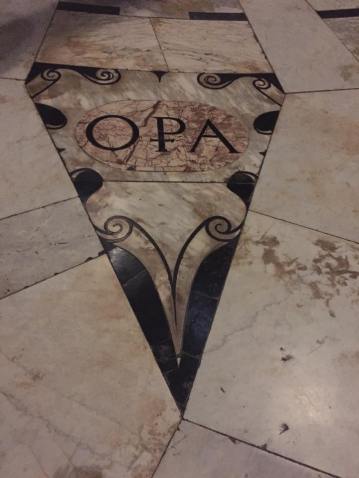 The David at Academia

The Academia is not as easy to find as the Ufizzi gallery, but that shouldn’t be an excuse not to see the David. If you’ve never seen the David, you must go! It’s a beautiful, striking artwork to see. If you have already seen The David, I honestly don’t think Academia is a must see. Unless you are really into Medieval, Renaissance art and sculpture. 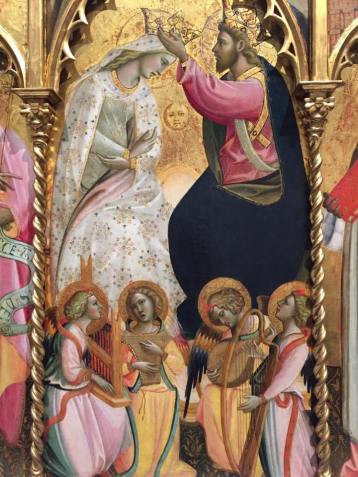 The only reason we went to Palazzo Vecchio was due to Tom Hanks. One night in our Florence apartment we had movie night and chose a random movie off a pirated movie website. We chose, “Inferno,” with Tom Hanks and Felicity Jones. Unbeknownst to us this Da Vinci Code franchise movie TAKES PLACE IN FLORENCE. I think we enjoyed this movie more than most because it was filmed where we had spent the past 2 months. We loved seeing the streets and buildings we passed every day in the movie.

In the movie, Palazzo Vecchio plays a key role in the plot line. Once we saw the Palazzo featured in the movie we had to go see “the real thing.” Thank you, Tom Hanks.

The first floor is the historic city hall of Florence. The ceiling of the main room, “Salone dei Cinquecento” is overwhelming. There are 39 ceiling panels painted by Giorgio Vasari that depict momentous events in Cosimo I’s life.

When you get to the second floor, you realize every room is Medici approved. The second floor served as private quarters for Cosimo I. Cosimo was the second Duke of Florence from 1537 until 1569. After 1569 he became the first Grand Duke of Tuscany. On the second floor you will also find apartment rooms belonging to his wife, Eleonora of Toledo.

The rooms on the second floor are quite ornate and interesting. One room is called, “The Room of Elements.” It’s decorated with walls that depict Water, Fire, and Earth. 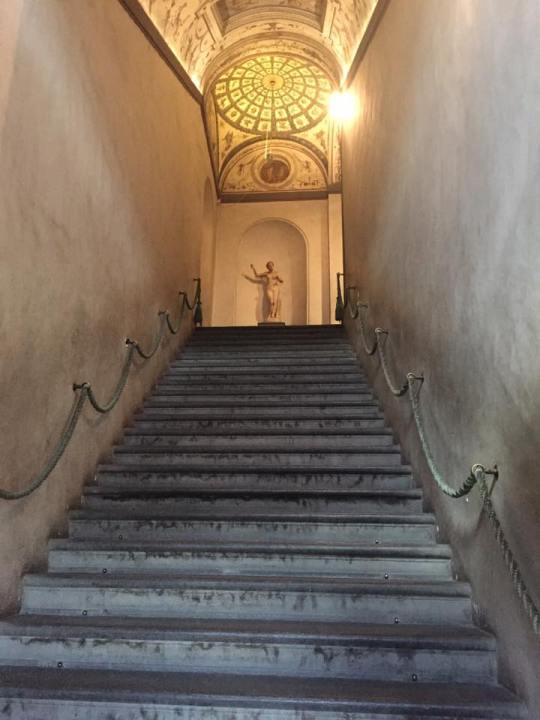 The Map Room is very ambitious. The map room was planned by Giorgio Vasari and he wanted the room to represent maps of the 16th century through the display of artifacts and murals of cartography. Egnazio Danti is the cosmographer who created all the maps in the map room. If you’ve ever been to the Vatican Museum in Rome, Danti is the same person responsible for the famous Hall of Maps.