The last night we slept in London was at St. Pancras YHA. We were not looking to break the bank and the service at this place was fantastic. Everyone at the front desk was super helpful and seasoned travelers. We were able to store our luggage here before we caught the train (located across the street). Storing our luggage here saved us about 20 Euros! I recommend this hostel if you need a cheap place to stay that’s in a great location (across the street from St. Pancras).

Our train on the Euro Star was not until 5:30pm so we had some time in London to do last minute sights. We took the Tube to the British Museum and saw, maybe a 1/4 of the museum. Similar to the Louvre and other grand museums you could spend a entire day in there if you wanted to. Most interesting to me was the Ancient Egyptian section. I had forgotten from my school days how advanced ancient Egyptians were in their city infrastructure, society and culture.. All the statues entranced me and I thought, “I need to read a book on ancient Egypt – I have so many more questions.” 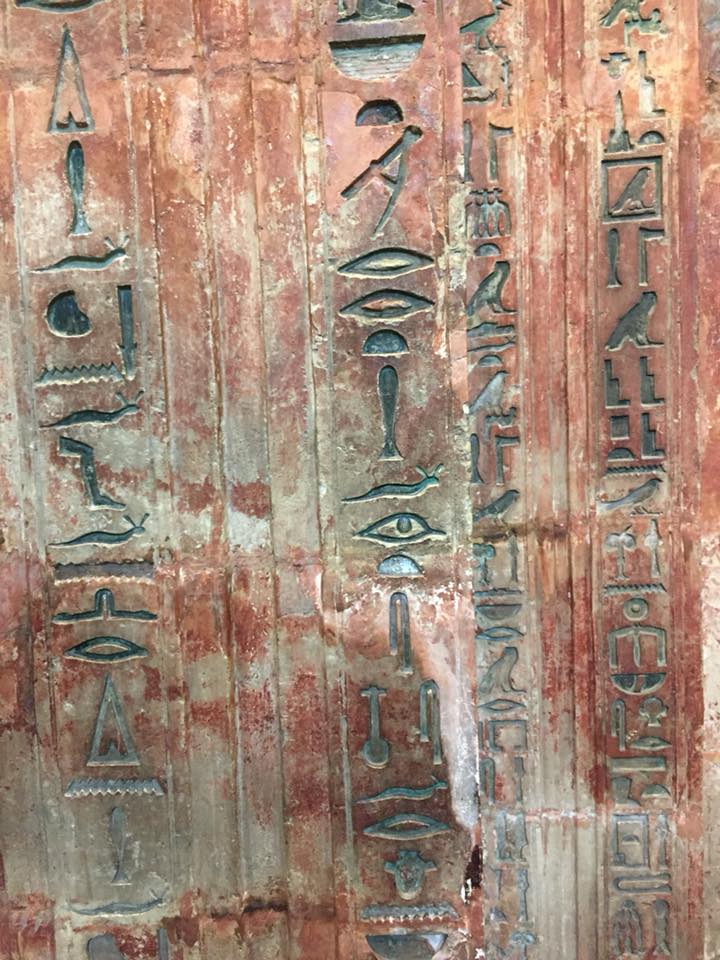 Paul was particularly interested in the Assyrian gates. He said he had seen these in his art history books. Much bigger and better in real life, as per usual. It’s said that these stone gates were so large so as to intimidate people entering the city and or castle of the Assyrian king. Being next to them in person, I’d say it worked. This display also did not display the huge bronze and wooden door (over 20 ft tall) that would stand guard between the two statues.

Another impressive section of the museum was the Parthenon. I still haven’t decided how I feel about the controversial subject of (almost) the entire parthenon being located in the British Museum. These artifacts were stolen by the British many years ago and they have been taken care of by the British, but does that mean they belong to the British government or do they deserve to be repatriated to the Greek Government?

Ignoring this subject, I still enjoyed the exhibit. The parthenon artifacts were in amazing condition and it felt like I had been transported back to ancient Greece. I particularly liked the pattern I saw on this artifact below: 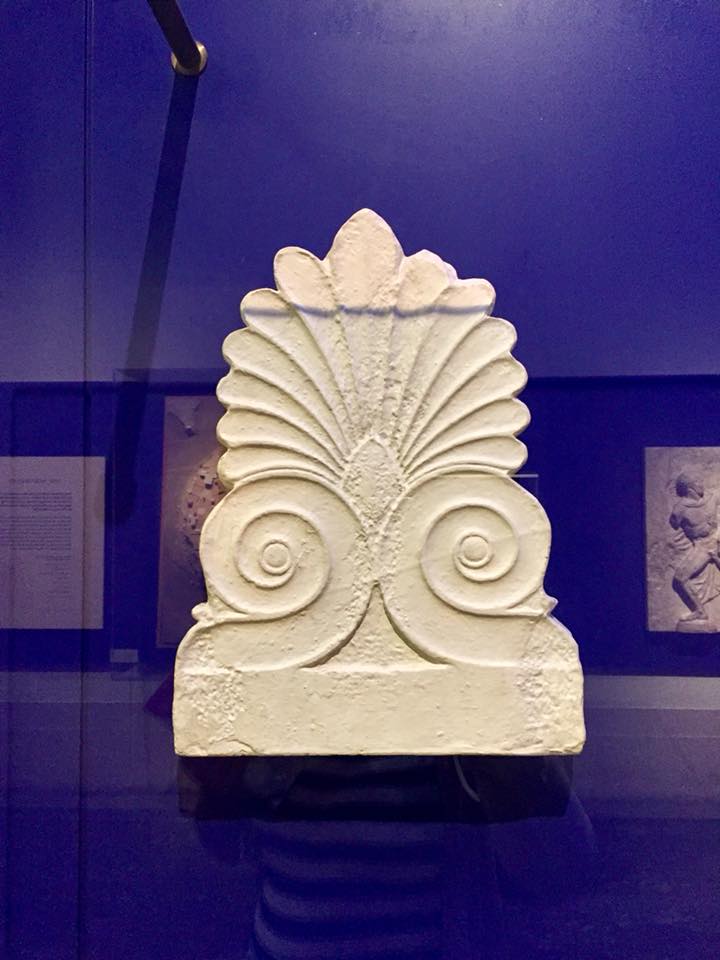 The blue paint it was placed against reminded me of my time many years ago in Greece, where everywhere you look is sea and sky, blended as one, the landscape dotted with bright, white homes in the distance.

I also liked seeing this Easter Island head. It was so big in person!!! Will have to visit the real thing one day. 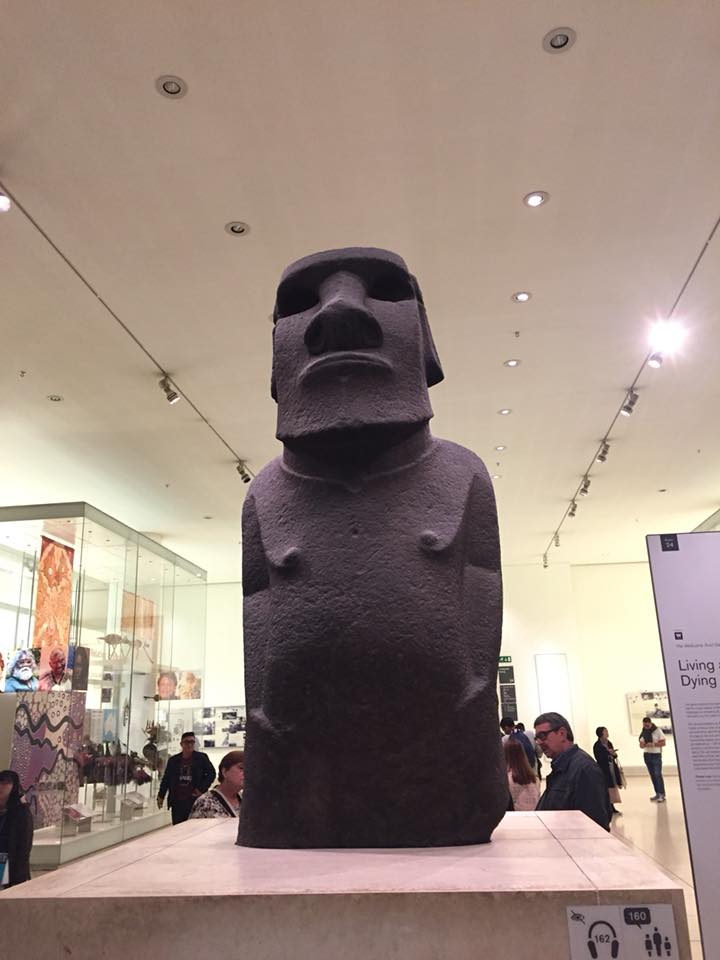