During our last day in Scotland we decided to pop by a famous graveyard in Edinburgh – Greyfriars Kirkland.

As we approached the graveyard we saw a tombstone outside the entrance to the gravesite. This tombstone marked the grave a Scottish Skye Terrier, known as the Greyfriar’s Bobby.  He was a dog who became famous in 19th-century Edinburgh for spending 14 years guarding the grave of his owner until he died himself on January  14th, 1872. The story itself brings a dog lover to squirt out a tear or too, so the tombstone is bittersweet as well when you see it. 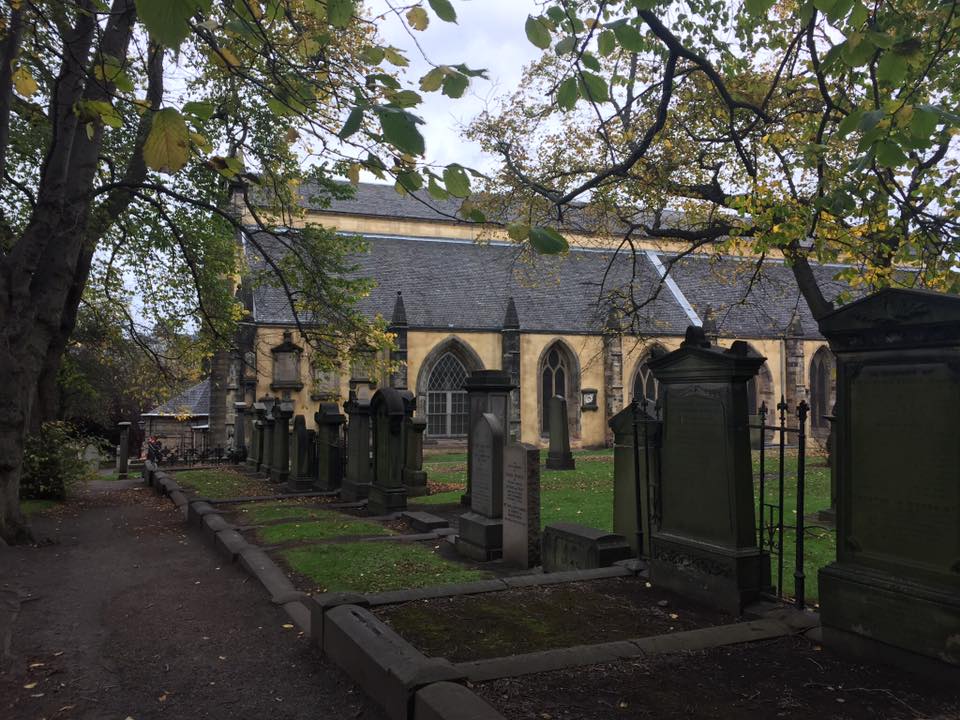 The graveyard houses several famous Edinburgh locals who contributed to society in various ways; soldier, scientist to the king, journalist, and so on. The most well known grave perhaps though is of a fictional character! Harry Potter fans will appreciate the grave marked with “Thomas Riddle”.  Author of Harry Potter, JK Rowling, has previously said that the tombstone of Thomas Riddell Esquire in the kirkyard may have subconsciously been the inspiration the villain, Voldemort’s true name.

After strolling through the graveyard we ventured back out and saw the statue of the Bobby. Gathered around it were pet owners on their way into the church for a blessing of the animals service. And OF COURSE these two pet owners just happened to be standing their with their SKYE TERRIERS. lol. It was a heartwarming sight to see.