The week before we arrived in Vietnam we realized we would be there during Tet. Tet is Vietnamese New Year. This New Year follows the lunar calendar and that’s why it’s celebrated in late January or early/mid February.

Certain blogs and articles we read said being in Vietnam as foreigners during Tet was not a good thing. Stores, restaurants, and tourist spots would be closed or have limited hours for seven-ish days. We did not experience this. Being in Saigon, it’s a major city and rarely sleeps. Some places were closed, but we never found ourselves unable to find alternatives. In fact the city was full of celebrations, like the flower festival downtown. People gathered with family and took pictures in front of the flower installations. 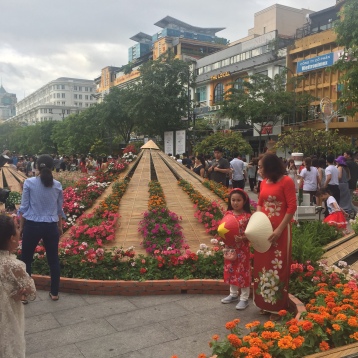 Strolling the street in our neighborhood we saw remnants from the first day of Tet. Confetti covered the streets, bright red envelopes littered the side walks and half eaten chicken bones spilled out of the garbage. During Tet young children and older people will receive red envelopes filled with money. Decorations, candles, incense, statues, and flowers decorated homes and store fronts. 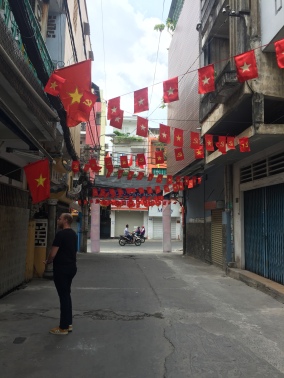 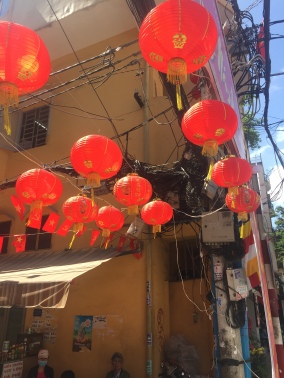 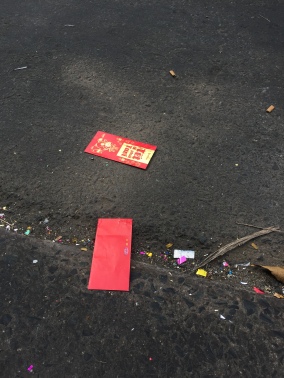 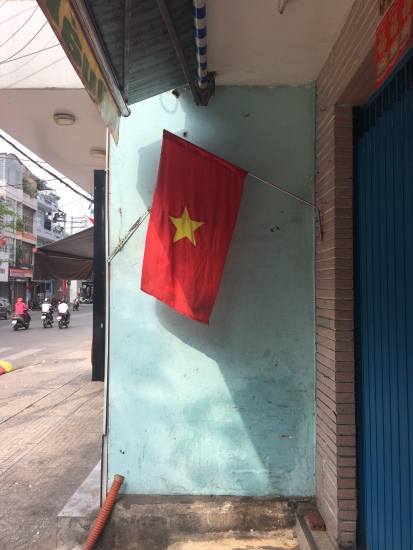 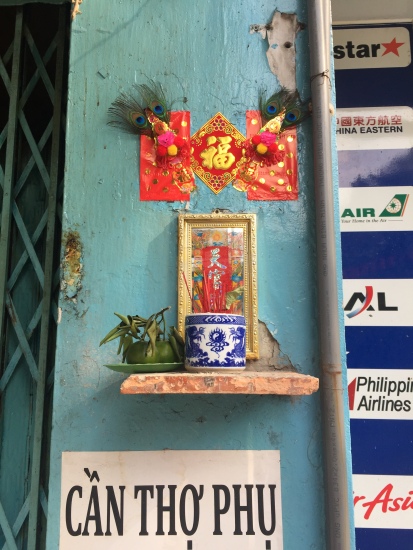 One amazing sight was the occasional Dragon. Initially out of ignorance I thought this was a parade. Turns out, during Tet, business owners will call a group of people up who dress as dragons, Hanuman, and other religious characters. They bring drums, bells and other instruments. If they come to your business and play the music and dance, this will give your business wealth and prosperity in the New Year. 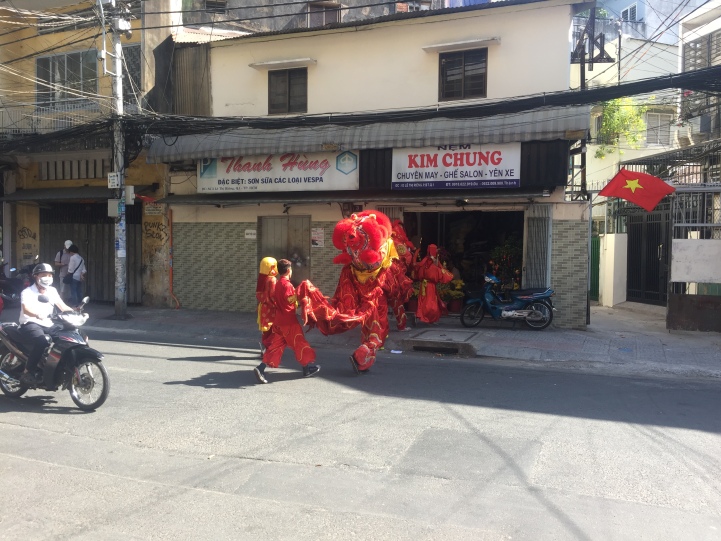 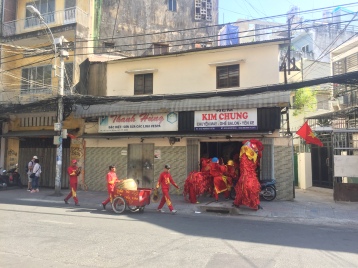 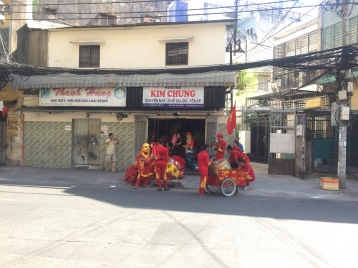 If Paul and I are in the land of Pho you can bet we are going to get to the local Pho spot as fast as humanly possible. The best Pho we had while in Saigon was at Pho Le. The meat’s quality was glorious. Perfectly fatty and the fat melted in your mouth. Two bowls and a drink each set us back only $4.00. 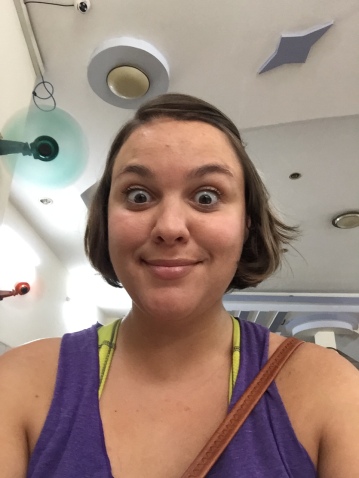 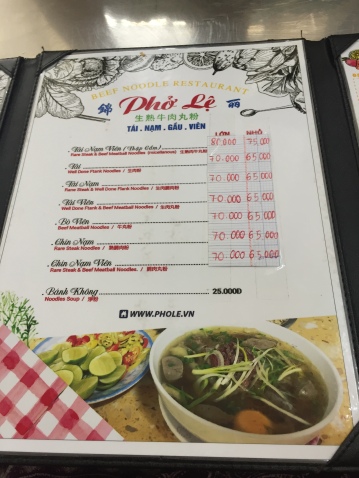 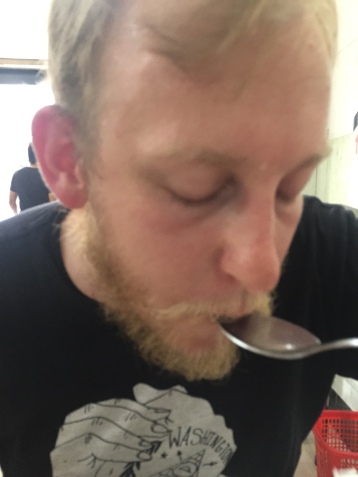 I quickly learned that if you have American dollars you can live like a king in Vietnam. Three course meals at an upscale place for two for $20.00. An hour-long facial or massage at a spa for $20.00. Full pedicure and manicure for $16.00. The American dollar stretches very far and you could easily live in this country on $10,000 a year without holding a job.

One thought on “Arrival in Saigon, Vietnam”