Since the remains of an ancient Etruscan town were only a 30 minute, 2 Euro bus ride away from our apartment, we decided to make a day of it.

Fiesole is a small town five miles northeast of Florence. It sits above Florence on hills and has the best views of the city from high above. If you have ever read “The Decameron”by Giovanni Boccaccio, the setting of the book is in Fiesole.

It is believed Fiesole was founded between the 9th–8th century BC. The first recorded mention of the town dates to 283 BC. It references the town (then called Faesulae) being conquered by the Romans.

Today you can visit the town and walk among the ancient ruins, as well as see what they’ve found on archaeological digs. The archaeology site includes an amphitheater, baths and other ruins from around the amphitheater. 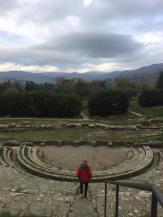 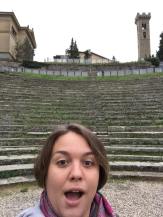 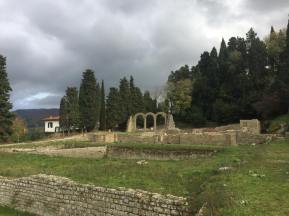 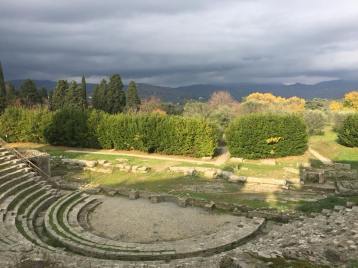 After exploring the dig sites, you can see the recovered objects in the nearby museum. The collection in the museum is extensive – it includes objects from B.C., Etruscan, Greek, Roman and the Middle Ages. There are bronze figures, bowls, housewares, clothing, tools, weapons, pots, statues, jewelry, the list goes on ….

Seeing the bronze figures from B.C. sort of blew my mind. We often think of people before us as “primitive,” but history proves us wrong. There were so many cultures before us who created such beautiful art and literature. It was not all death, disease, and war. They had time for fun too! And they were not so different than you and I.

After the museum we wandered around Fiesole. We took a break for pastries and coffee. Around town they have random areas of ruins you can look at in addition to the archaeology site. Paul did some investigating.

Walking up the highest hill in the town you will find a monastery. A street nearby the monastery is the best for a sunset view. 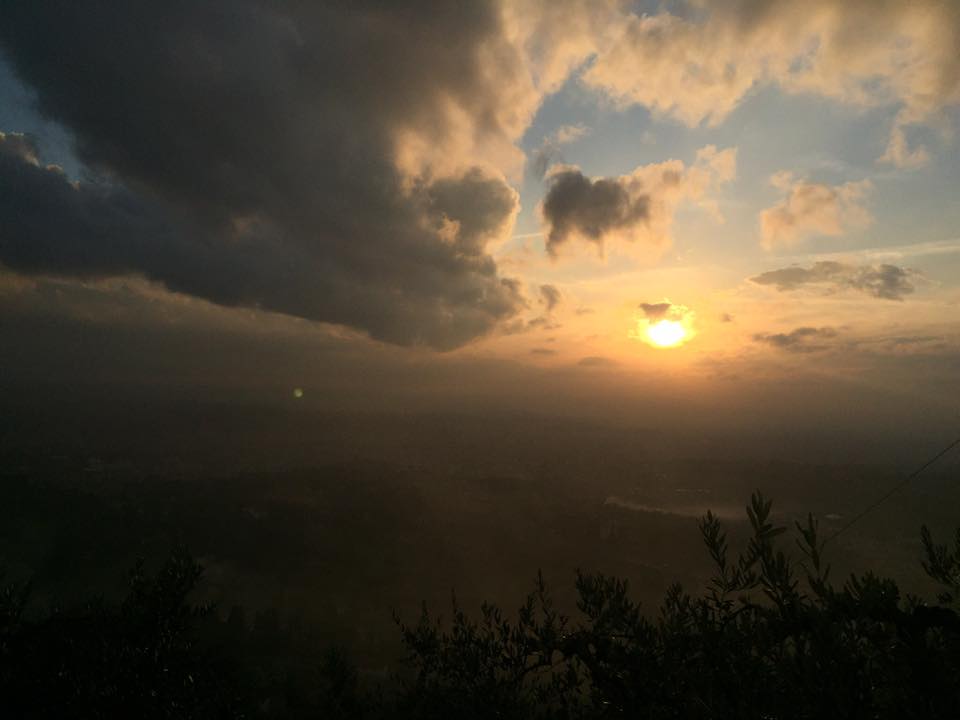 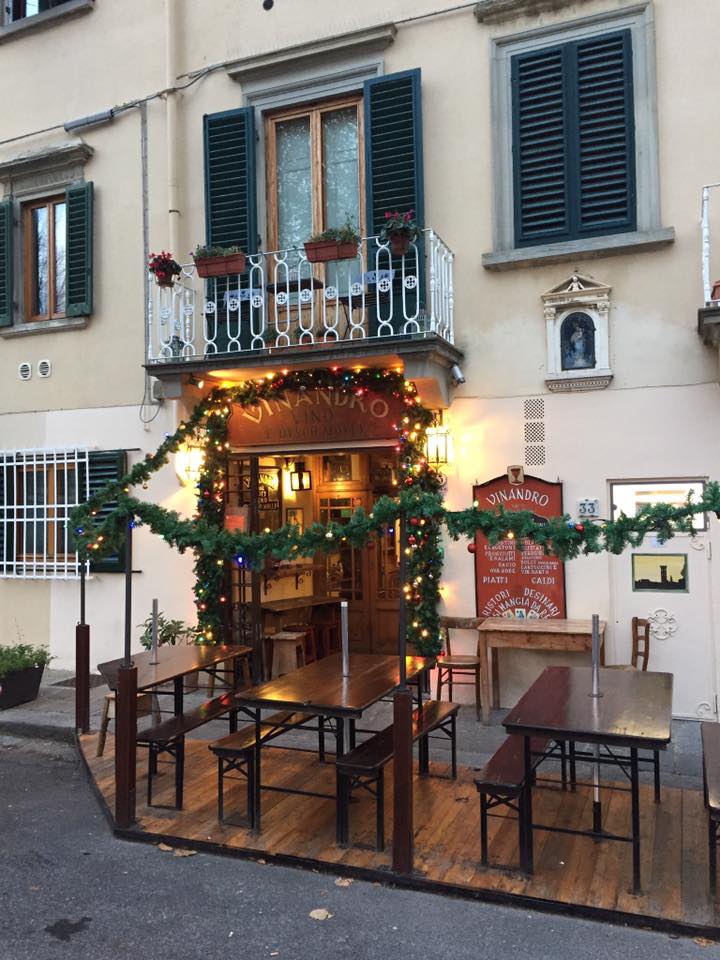