Our first full day in Hikkaduwa began with a run to the local “pharmacy/medical center.” It was the first store we saw that was selling sunscreen. Since Hikkaduwa is a beach town, we figured sunscreen would be plentiful. It wasn’t. Before we found the pharmacy, multiple stores just didn’t have any sunscreen. And if they did the sunscreen was really expensive. At the pharmacy – which was basically a corner store, not a pharmacy – we bought bottles that looked a bit past their expiration date. Our first major mistake. 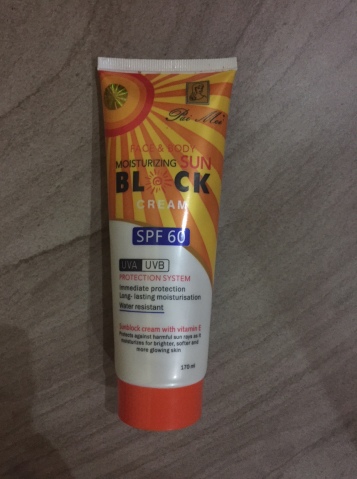 On the beach, to sit under the chairs and umbrellas you must pay. Either you “rent” the chair for a certain amount of hours, or for a whole day for a reasonable fee. Other places give you the chair as long as you are spending money. So if you order food and beers, the chair remains yours. Where we ended up was a bar/restaurant on the beach called Kuku’s. As long as we bought something in the chairs, we could lay out under umbrellas and have wait service – right on the beach! It was pretty cool to say the least and at a dirt cheap price. Days later we came back to Kuku’s and the owner ended up waiting on us. He was a cool old dude. He seemed like a really hard worker and he ran a tour company as well as his restaurant. He also said he had heart surgery the year before!!! So this guy is still kicking.

An overall theme of Sri Lankan people were two things: 1) They work REALLY hard and create their own jobs if they can’t find them. 2) They are the sincerest and nicest people I’ve met on this trip so far! Extremely friendly and welcoming to foreigners. It’s not easy to be cool with foreign people coming into your country and spending time there; some tourists can be really messy and rude. But despite the bad apples, Sri Lankans are still welcoming.

Anywho, we ordered big Lion beers while at the beach. Lion beer is EVERYWHERE in Sri Lanka. I think it’s the unofficial official beer of Sri Lanka. It has a cool logo on the can too! 🙂 We also got mango smoothies and papadam. Even though we were mostly protected by the umbrella we slathered sunscreen all over our bodies. Paul has a VERY fair complexion (thanks to all that Scottish blood) so he burns real easy. We had a great afternoon of suntanning, swimming in the ocean, and sipping on our mango smoothies. 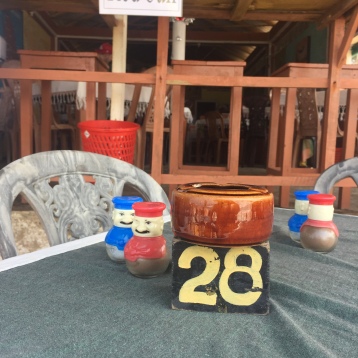 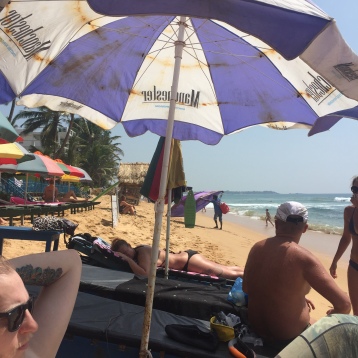 Under our umbrellas at Kuku’s

After laying out we went to a local place and got curry before we went back to our place. Once at our place we looked in the mirror and were horrified at what we had become. BIG RED SUNBURNT LOBSTERS. Our entire bodies were covered in deep red sunburns. As if we hadn’t put on any sunscreen. At first we were left painfully confused as to WHY we were second degree burned.

Turns out … we’re not the only ones this has happened to. After searching the internet we learned that Sri Lankan knock-off brands sold in little corner stores DON’T work!!! To this day I have no idea what we put on our skin. Some sort of chalky, white lotion with a shit ton of coconut oil in it, perhaps?

I have no idea if people have had this experience in other places, but when we googled it, it looked like most tourists have this happen in southern India and Sri Lanka. So, kind reader, if you are going to Sri Lanka, bring sunscreen with you. Don’t buy it when you get there. If you don’t bring it, you can buy only name brands from foreign countries – and it’s not going to be that cheap. The next 2 days we stayed OUT of the sun and ended up buying Nivea at the local supermarket for future suntanning days.

Not only were we laying down in bed that evening covered in aloe and in red searing pain, but then our tummies started acting up!!! It was either the mango smoothies (they were blended with ice cubes, I have no idea if the ice cubes were from the tap or not) or the curry lunch. Our tummies were pissed.

My final thoughts on our Day 2 were: