We left Naples and headed up to the mountains of the Amalfi coast. We were headed to the Agerola (hard “G” on the pronunciation) region to hike the “Path Of The Gods.”

I had heard about the Path of the Gods hike from my parents when they did it some years ago. I saw their pictures of the hike and it seemed like a really fun and different thing to do while in Amalfi.

The trailhead begins in either Bomerano or Nocelle. We began ours in Bomerano. Before we set out, we bought coffees, water, and bananas from a nearby cafe. The only people in there were the two people behind the cash register and two ancient, old Italian men with canes and walkers. One of them yelled, “why are you speaking English?!” He seemed to be in a bad mood. The other told us about how he had lived in Bomerano all his life and his dad was a farmer. Before his dad started his day, he drank grappa every morning to “fend off the cold.” This man then bought us Bacio chocolate candies and wished us well on our hike. That was very sweet of him. 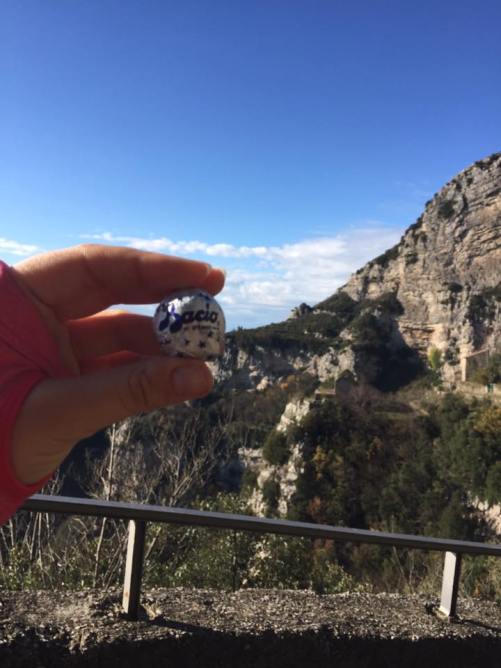 The hike took us about 5.5 – 6 hours. Once you get to Nocelle, you can take stairs down the mountain to Positano.We stopped a lot along the way to take pictures. The hike is not difficult. Some parts are a bit rocky and close to the mountain’s edge, but most of the hike has been groomed to work for the tourist. My legs felt like jelly at the end of the hike! But I think if your of average fitness level this hike shouldn’t be too difficult. It’s more of a beautiful long walk than an arduous hike. That said, it’s 5-6 hours, so bring snacks and wear workout clothes.

The hike starts with a series of welcome signs. Then as you get going you see terraced farms, vineyards, dogs, and goat herds. Lots of goat herds and goat herders. You hear them before you see them, the bells around their necks signalling to you they are nearby. 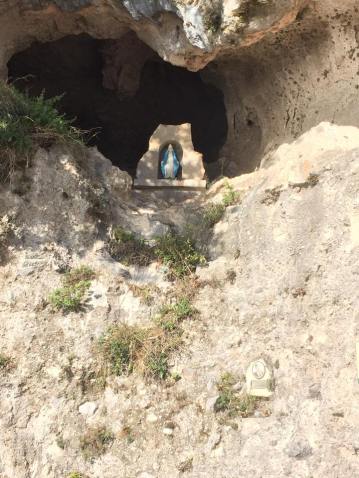 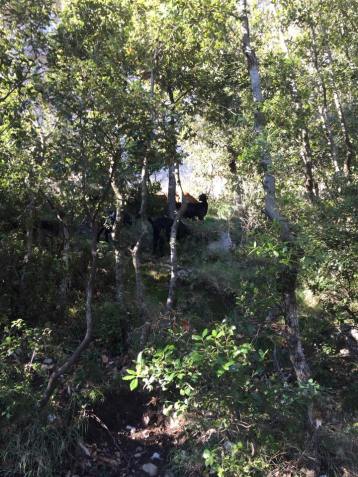 The hike progressively inclines, but so steadily you don’t notice it much. As you go, you will see abandoned, really old mountain homes. Paul crept into all of the ones he could. I mostly just stood by, at the ready to rescue in case he fell through a floor or roof. He didn’t so that was good.

Men were transporting lumber with donkeys down the mountain and then we saw some cows too. As you walk you can smell the wild rosemary growing, and when you see it grab it to rub between your fingertips for a nice breath of air. 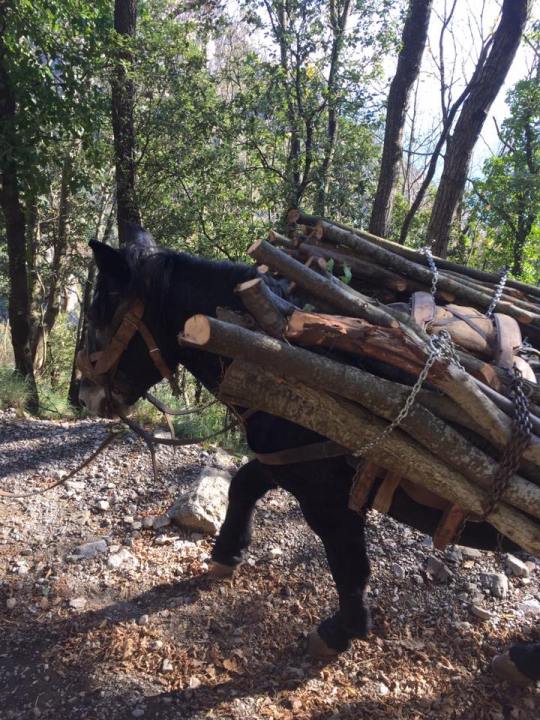 The entire time you are on this hike you are constantly repeating the following words:

I could try to write about how it feels, but the pictures write better than I do. As Paul said, “It’s the hike from heaven! The perfect hike.” 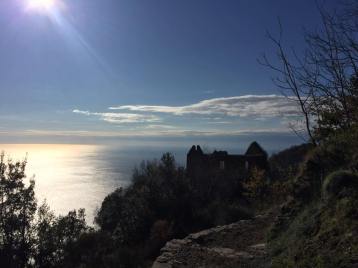 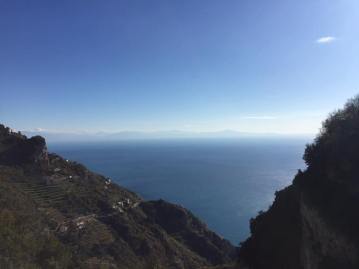 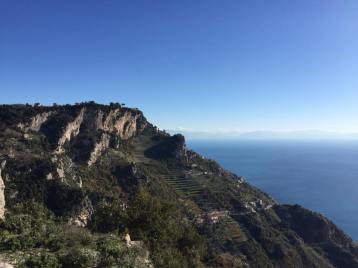 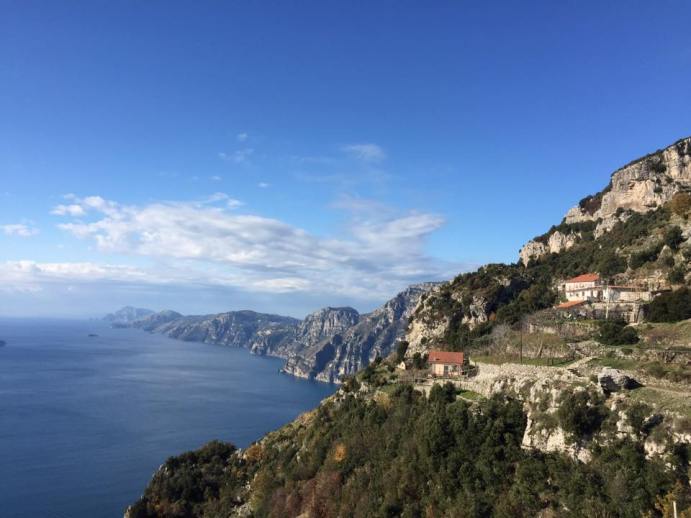 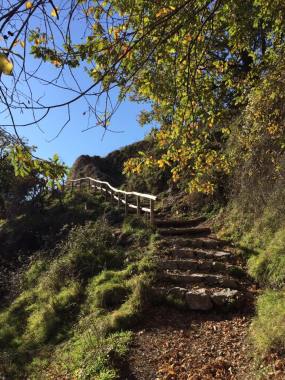 We did not do this hike “when it’s the best time” to do it. They say Fall and Spring are the best times to do the hike. November to March it may be too rainy/cold/windy. July and August you can forget about it because it’s way too hot to do the hike. They don’t recommend December because of cold weather or wind. But by some miracle we got the perfect weather on our hike day – crisp, not too windy, and clear, blue skies. 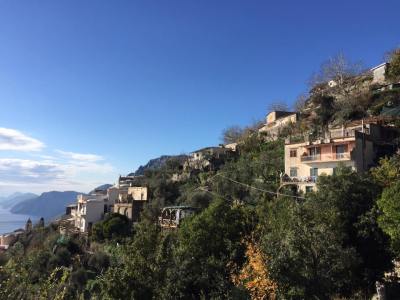 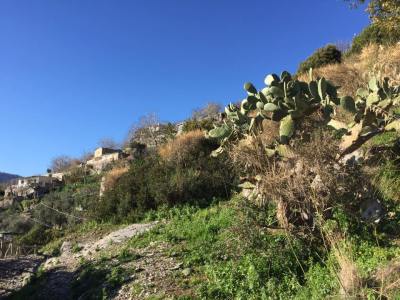 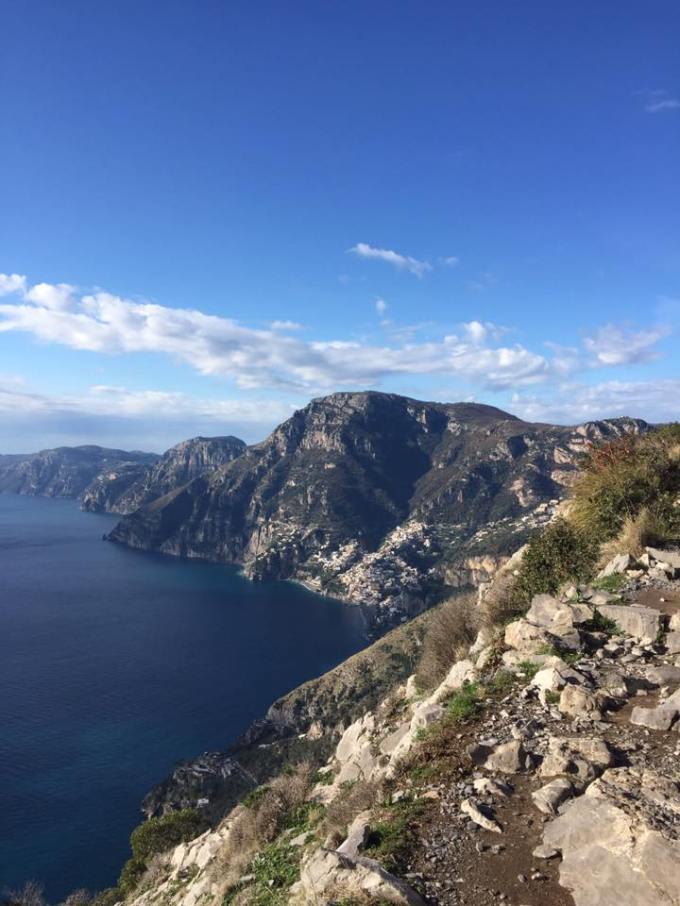 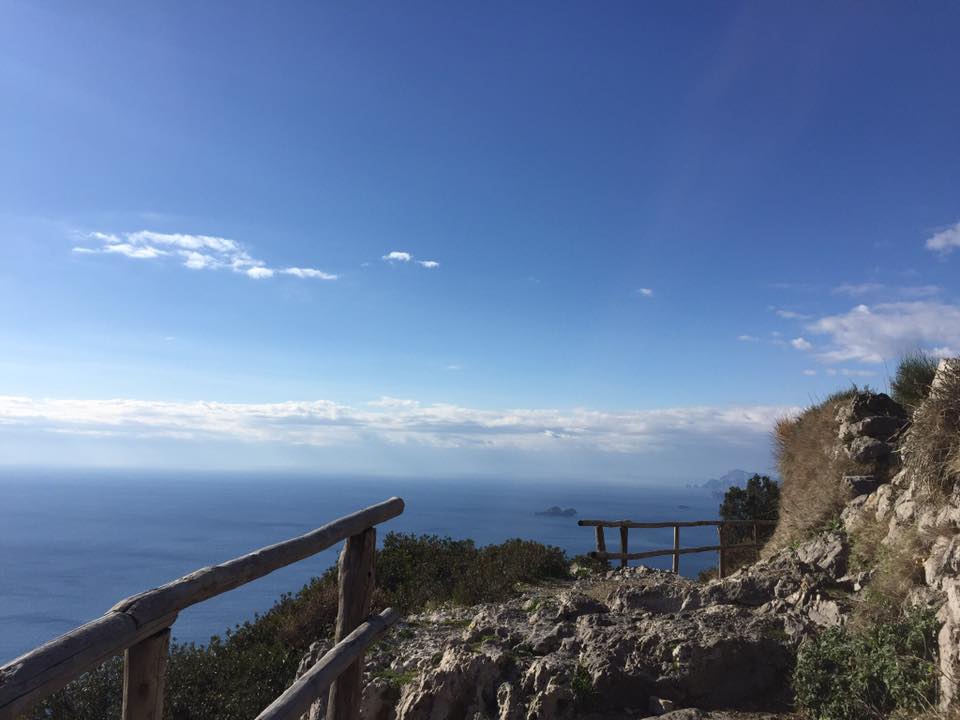 The house we stayed at was in Bomerano and we stayed there for about four days. It was the coldest house I have ever stayed in. I think most people don’t come to Bomerano in the winter and the owners of the Airbnb were not prepared for people to stay at the place in winter, but they said “yes” anyways for the dolla-dolla-bills. There was a small furnace that heated the place – meaning it didn’t heat the place.

Paul and I were convinced this place was haunted. Lots of weird noises in the hallway at night as if someone was walking the halls. We also felt like we were being watched when in the bathroom – even though no one was around the house and there was no way someone outside could see inside the bathroom. Neither of us slept very well and Paul had odd/weird AF dreams when we slept there. It was too cold to take a shower and I think I wore three layers of clothes every day. We were looking forward to a nicer place to stay in when we headed off to Rome at the end of our stay. 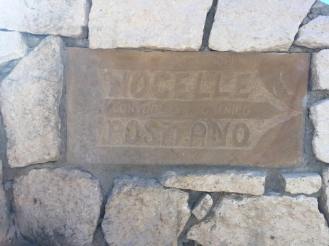 3 thoughts on “Path Of The Gods”